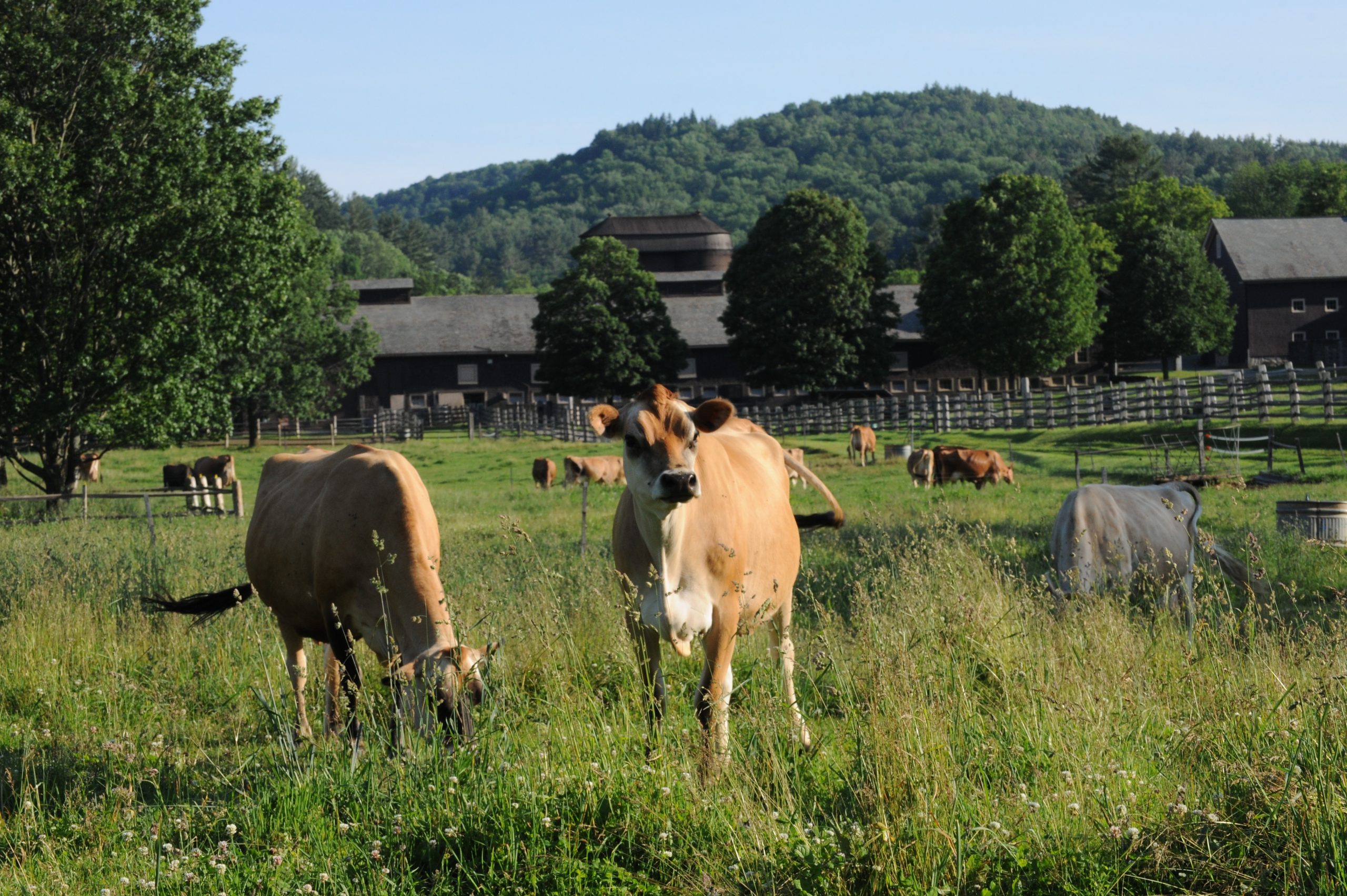 Billings Farm was established in 1871 by Frederick Billings, a native Vermonter known for his work as a lawyer, railroad builder, and pioneer in scientific farm management and reforestation. Billings set out to make his 270-acre farm a model dairy operation for farmers in the region, founded on the principles of efficiency, sustainability, and responsible land use.

In 1884 Frederick Billings hired George Aitken, an innovative and successful professional farm manager to oversee his Woodstock operation. Aitken imported cows from the Isle of Jersey, hundreds of Southdown sheep, Berkshire hogs, and other livestock. By 1890, the year that Frederick Billings died, the Billings Farm had grown to nearly 1,000 acres and was widely acknowledged for the superior genetics of its premier Jersey herd as well as an extensive butter-making operation that produced 5,000 pounds of high-quality butter annually. Three years later, at the World’s Columbian Exposition in Chicago, cows from the Billings herd took top honors in the dairy division, with Lily Garfield designated “Champion Heifer of the World.”

Today Billings Farm is known for excellence. There are more than 45 milking Jerseys producing nearly 600,000 pounds of milk annually. The milk is sold to Cabot Cooperative and also sold directly to the public through Norwich Farm Creamery, which additionally makes yogurt, ricotta and other dairy products, including chocolate milk using 100% Billings Farm milk. Our award winning cheddar cheeses are made with Billings Farm milk in partnership with Vermont cheesemaker, Grafton Village Cheese.  These delicious dairy products are available for purchase through our museum shop.